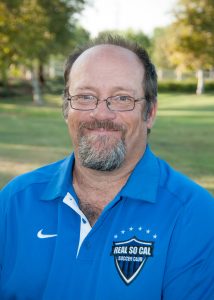 Manu Appelius was born in Rome (Italy) and moved to Los Angeles in 1992.

Manu has been involved in the Westside of Los Angeles Soccer scene since 1996. After a few years in AYSO, Manu graduated to Club Soccer in 2000, working for City Soccer and then Santa Monica United, where he was Technical Director for 10 years.

He is currently Head Coach and Club Director for Real So Cal-SCV.

Manu has a long experience in High School soccer as well. He has worked for Crespi High, Santa Monica High, Notre Dame Academy, and he is currently on his second season at Marymount.

He was CIF Champion and CIF Coach of the year with NDA in 2010 and just helped Marymount land the Sunshine League Championship in 2018.

Manu has been running soccer camps and private training sessions in Los Angeles since 1996 and brings to Iverbe Camps his great experience and proven ability to develop soccer players from beginning stage to college level.